Throughout history, there have been numerous hotly-debated topics. That’s even more so the case today—we’ll debate about almost anything. But I don’t think there’s a segment of the population that debates issues so intensely as the web design and development community. Don’t get me wrong, we certainly have some great debates about important topics, but whoa do we argue over some minor stuff too. Look no further than the debate over, of all things, the pronunciation of an image format: GIF. Some people even go so far as to make a dedicated website of such things. Crazy, right? So… anyway, I made this website on how to really pronounce GIF. :-)

Why is it the correct pronunciation?

It’s the most natural, logical way to pronounce it. That’s why when everyone comes across the word for the first time, they use a hard G.

How is it the logical pronunciation?

Every word that starts with G, then a vowel, then an F, is pronounced with a hard G. For example:
Gaffe. Gift. Guff. Guffaw.

The word “gift” is the closest word to GIF, and it has a hard G. To pronounce GIF, just say “gift” without the “t”.

Gin is not a good counterexample because it’s a drink derived from juniper berries, so its name is from the Dutch jenever for “juniper”. Gem comes from the Latin gemma for “jewel”. As for the other words, they are abbreviations of larger words, so they inherited their pronunciations.

Does the G in “GIF” stand for a word that has a soft G?

No, GIF is an acronym for Graphics Interchange Format. The word “graphics” does have a hard G, but that doesn’t necessarily influence the pronunciation. That’s why JPEG, an acronym for Joint Photographic Experts Group, is not pronounced jay-feg, but rather jay-peg. Pronunciation of acronyms tends to follow pronunciation rules like any regular word. So the point here is, because the word behind the G in GIF is “graphics”, it eliminates any possible argument that could be made if the word happened to have a soft G.

Why does anyone pronounce GIF with a soft G then?

The creator of the GIF image format, Steve Wilhite of CompuServe, when deciding on the pronunciation, said he deliberately chose to echo the American peanut butter brand, Jif, and CompuServe employees would often say “Choosy developers choose GIF(jif)”, playing off of Jif’s television commercials. If you hear anyone pronounce GIF with a soft G, it’s probably because they know something of this history. If the Jif peanut butter company never existed, I suspect he would have never pronounced GIF with a soft G.

Speaking of Steve Wilhite, when he explains the pronunciation of GIF, he himself has to explicitly write, “It’s pronounced ‘JIF’.” He has to explain it this way because it goes against how it would naturally be pronounced.

Are there any valid arguments for pronouncing it “JIF”?

No. There are some websites out there (like this one) that try to convince people to use a soft G, but they rely solely on the way Steve Wilhite says it is. Mr. Wilhite was given a lifetime achievement award at the 2013 Webbys (Congratulations!). He used the occasion to mention again, “It’s pronounced ‘JIF’.” In an article in the New York Times Blog, Bits, he says:

“The Oxford English Dictionary accepts both pronunciations. They are wrong. It is a soft ‘G’, pronounced ‘jif’. End of story.”

Not so fast. John Simpson, Chief Editor of the Oxford English Dictionary, disagrees with Mr. Wilhite:

“However, the pronunciation with a hard g is now very widespread and readily understood. A coiner effectively loses control of a word once it’s out there…”

I’m sure you would agree, it’s far more likely that these masters of the English language understand better than anyone how to pronounce a word.

Wilhite also mentioned that he is annoyed there is still debate over the pronunciation. With all due respect, isn’t it his own fault for choosing a pronunciation that simply doesn’t make sense?

Now you can go forth and freely pronounce GIF with a hard G as you naturally would, because you have every right to do so. If you feel compelled to honor the pronunciation given by the GIF’s creator out of some sense of obligation, that’s perfectly fine too. In the grand scheme of things, it really isn’t a big deal. Just don’t give those of us who pronounce it correctly a hard time. :-) 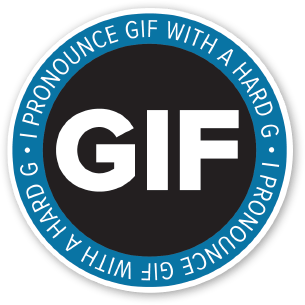 I was previously selling these stickers through Sticker Mule’s marketplace, but they’ve since shut that down. I am looking for a new provider, so check back soon!

Do you know a good provider? Let me know!

Some of you may feel quite passionate about pronouncing GIF with a hard G, so much so that you might even wear a t-shirt about it. In that case, I’ve designed a t-shirt for you. To gauge interest, I’ve created a mailing list that you can subscribe to, and if the shirt goes up for sale, I can notify you. Your email addresses will not be used for any other purpose. 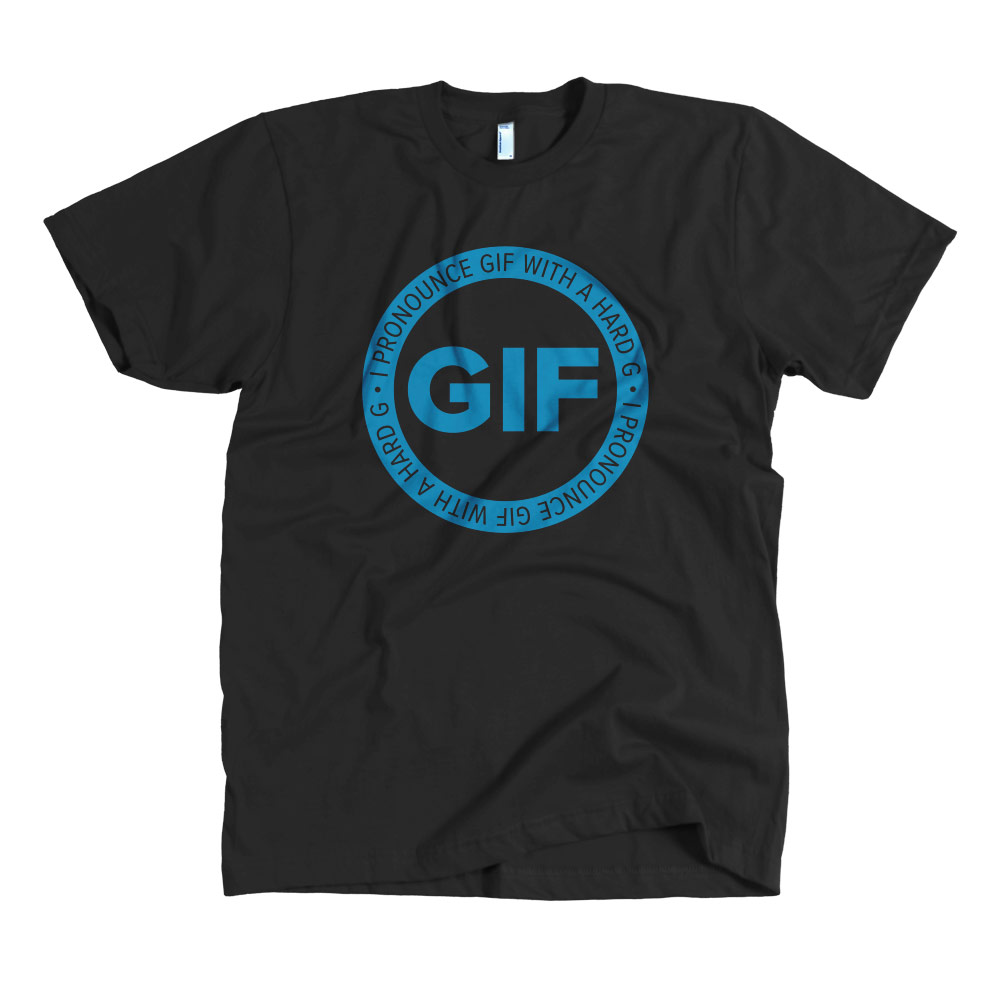 If you have any comments or questions, send me tweets at @HTRPGIF!